Competitiveness and Wages of MBA's

This is a paper I always wanted to write:

There are two reasons I find this work interesting: First, it related to a literature that helps understand what psychological traits are linked to labor market outcomes. Second, it shows the external relevance of competitiveness: see also my paper with Thomas Buser and Hessel Oosterbeek:  “Gender, Competitiveness and Career Choices,” Quarterly Journal of Economics, August 2014, 129 (3): 1409-1447, and see also my former blogposts  here and here)

Their main results can be seen in the following figures and tables:
First even among MBA's it seems there is a gender gap in tournament entry. 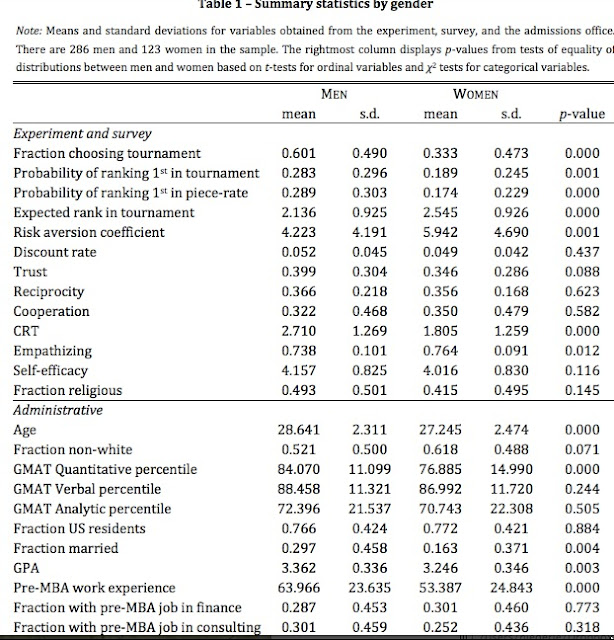 While risk aversion and confidence can account for some of that gender gap in tournament entry, a substantial gender gap remains. 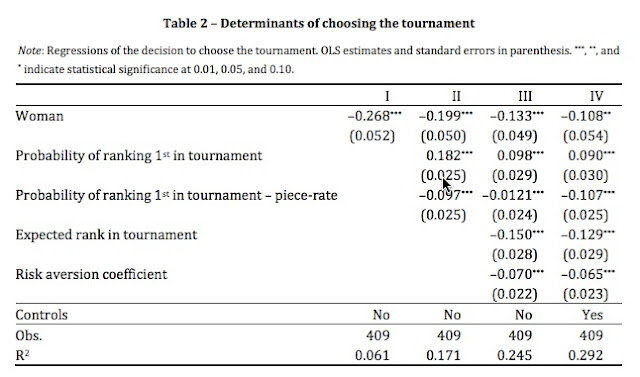 Second, male MBA's have a higher salary after graduation than female MBA's. 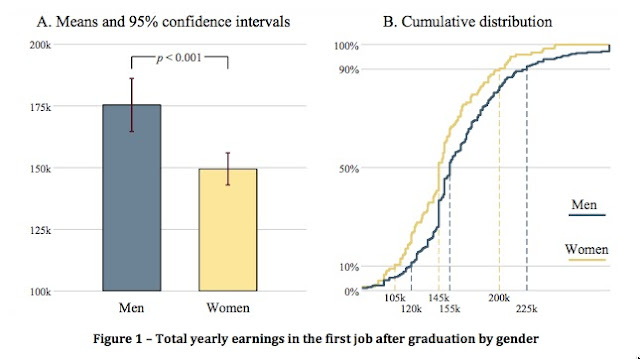 Now, to assess the external relevance of competitiveness: 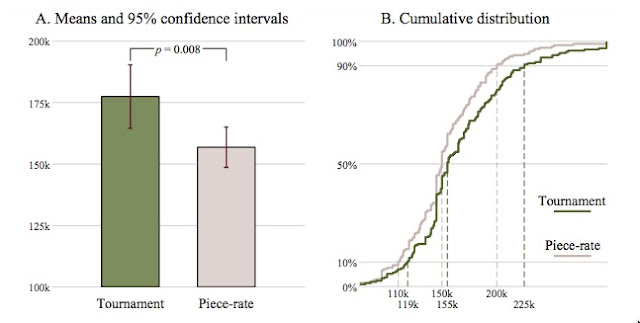 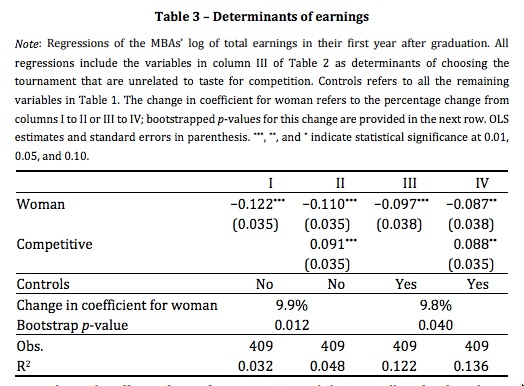 Finally, competitiveness remains an important variable even controlling for gender, and can account for about 10% of the gender gap in earnings.

Finally, they have a great section to address to what extent competitiveness is really distinct from risk aversion: They write the following:

"Taste for competition and the choice of tournament