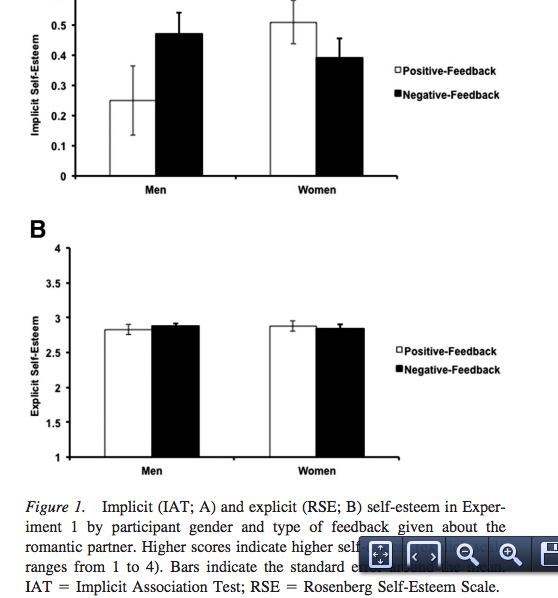 Luke Coffman pointed me to the following: "What’s New at Psychological Science
An Interview with Editor in Chief Eric Eich"

One big thing is Enhanced Reporting on Methods, which includes something like:

Then they go on

"Several points merit attention. First, as shown above, the four-item Disclosure Statement applies only “to each study reported in your manuscript.” Originally, we considered adding a fifth item covering additional studies, including pilot work, that were not mentioned in the main text but that tested the same research question. However, feedback from several sources suggested that this would open a large can of worms. To paraphrase one commentator (Leif Nelson), it is all too easy for a researcher to think that an excluded study does not count. Furthermore, this actually puts a meaningful burden on the “full disclosure” researcher. The four items in the Disclosure Statement shown above are equally easy for everyone to answer; either that information is already in the manuscript or they can go back and add it. But a potential fifth item, covering additional studies, is different. The researcher who convinces himself or herself that one or more excluded studies don’t count has now saved the hours it might take to write them up for this query. File-drawering studies is damaging, but we are not convinced that this will solve that problem. A better solution involves preregistration of study methods and analyses — an approach we also take up."

Another big item seems Promoting Open Practices. They go on

"Over the past several months, a group of 11 researchers led by Brian Nosek has been grappling with these and other issues. The result is an Open Practices document that proposes three forms of acknowledgment:

The criteria for each badge — and the processes by which they are awarded — are described in the Open Practices document along with answers to frequently asked questions. The document proposes two ways for certifying organizations to award badges for individual studies: disclosure or peer review. For now, PS will follow the simpler disclosure method.

Manuscripts accepted for publication on or after 1 January, 2014, are eligible to earn any or all of the three aforementioned badges. Journal staff will contact the corresponding authors with details on the badge-awarding process.

Psychological Science is the first journal to implement the badge program, so changes are sure to come as editors and authors gain experience with it in the field. Again, I welcome comments and suggestions for improvement from our community."

I'll be curious about their usage and success with the registry: I have blogged about similar attempts in Economics before here.

A big impetus has been work by Simmons, Nelson, and Simonsohn, some of which I talked about here

Posted by Unknown at 2:00 AM No comments:

How to get answers to loaded questions

The abstract reads:
Measuring sexual orientation, behavior, and related opinions is difficult because responses are biased  towards socially acceptable answers. We test whether measurements are biased even when responses are private and anonymous and use our results to identify sexuality-related norms and how they vary. We run an experiment on 2,516 U.S. participants. Participants were randomly assigned to either a “best practices method” that was computer-based and provides privacy and anonymity, or to a “veiled elicitation method” that further conceals individual responses. Answers in the veiled method preclude inference about any particular individual, but can be used to accurately estimate statistics about the population. Comparing the two methods shows sexuality-related questions receive biased responses even under current best practices, and, for many questions, the bias is substantial. The veiled method increased self-reports of non-heterosexual identity by 65% (p<0.05) and same-sex sexual experiences by 59% (p<0.01). The veiled method also increased the rates of anti-gay sentiment. Respondents were 67% more likely to express disapproval of an openly gay manager at work (p<0.01) and 71% more likely to say it is okay to discriminate against lesbian, gay, or bisexual individuals (p<0.01).The results show non-heterosexuality and anti-gay sentiment are substantially underestimated in existing surveys, and the privacy afforded by current best practices is not always sufficient to eliminate bias. Finally, our results identify two social norms: it is perceived as socially undesirable both to be open about being gay, and to be unaccepting of gay individuals.

Posted by Unknown at 3:52 PM No comments:

The Economist has a nice article on a different type of academic fraud: "Looks Good on Paper". I guess we all got "invitations" to present our work in Economics and everything else style conferences, here is how to push that further...

"these criminals were producing something more intellectual: fake scholarly articles which they sold to academics, and counterfeit versions of existing medical journals in which they sold publication slots.

As China tries to take its seat at the top table of global academia, the criminal underworld has seized on a feature in its research system: the fact that research grants and promotions are awarded on the basis of the number of articles published, not on the quality of the original research. This has fostered an industry of plagiarism, invented research and fake journals that Wuhan University estimated in 2009 was worth $150m, a fivefold increase on just two years earlier."

They cite a study from PNAS:

"A detailed review of all 2,047 biomedical and life-science research articles indexed by PubMed as retracted on May 3, 2012 revealed that only 21.3% of retractions were attributable to error. In contrast, 67.4% of retractions were attributable to misconduct, including fraud or suspected fraud (43.4%), duplicate publication (14.2%), and plagiarism (9.8%)."

The main picture is 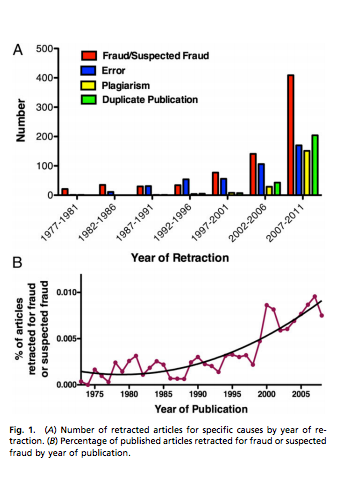 The next two days: ESA Santa Cruz!
Below is the progam

Session 2, Sequoia B: Conflict and Contests

Session 1, Sequoia A: Cooperation and Institutions 3

Session 1, Sequoia A: Cooperation and Institutions 4

Session 1, Sequoia A: Cooperation and Institutions 5

Session 1, Sequoia A: Communication and Cooperation