This is a link to an old article I keep coming back to, so, to remember it, here is a blog post about it:

The Washington Post ran the following on March 10, 2014: "Catherine Rampell: Women should embrace the B’s in college to make more later"

Here is the killer figure: 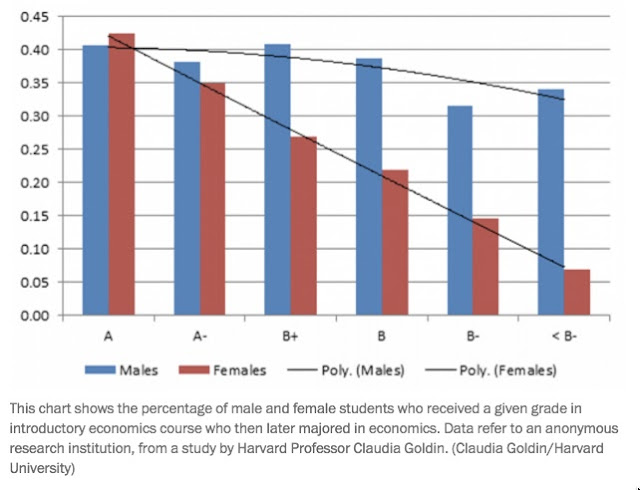 "Claudia Goldin, an economics professor at Harvard, has been examining why so few women major in her field . The majority of new college grads are female, yet women receive only 29 percent of bachelor’s degrees in economics each year.